13Disciple | 27-Nov-19
Special thanks to Yankee and CheekiBreeki_ for helping with screenshots
Images were pulled from tanks.gg
Replay Link for 3 MoE
Wargaming North America provided me with a free 30 day rental in order to put together this review. This review is my honest opinion and has not been influenced by the gifted rental, or my relationship to Wargaming.

The M54 Renegade was preivously known as the T54E2. 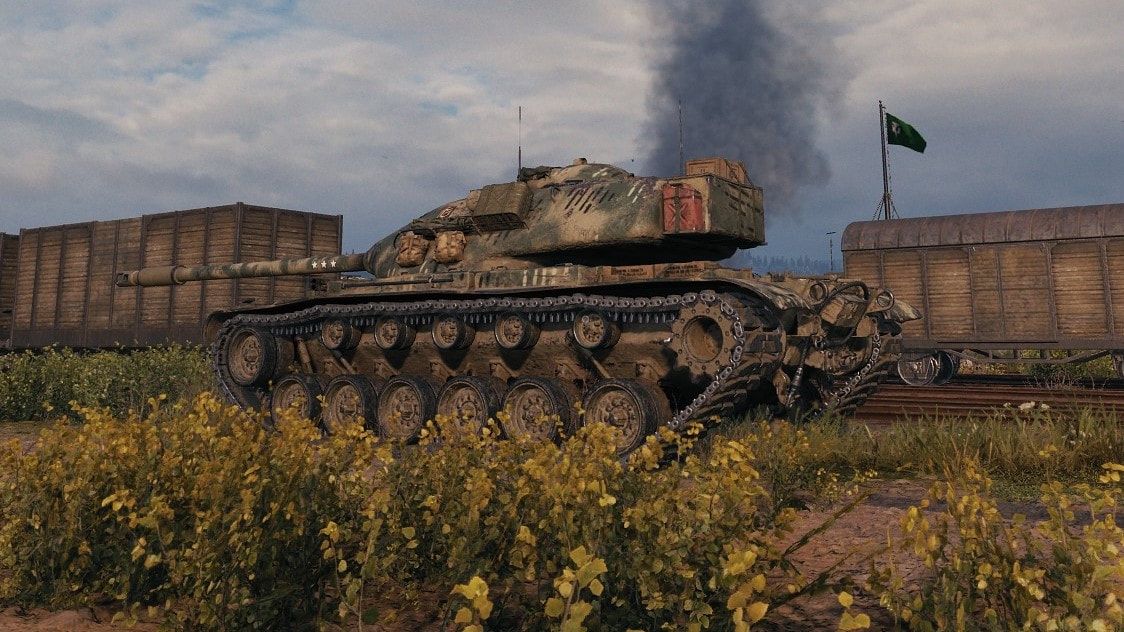 Ready to ship out!
Firepower
The firepower of the Renegade is what makes this tank so much fun to play. It has excellent gun handling, in practice better than the T26E5 and far better than the T34. Just like its tier 10 brother, mid to long range engagements may take a few extra moments in aiming, but for the most part it's easy to get the gun on target and aimed very quickly. The standard round penetration is serviceable at 226mm of penetration, while the special ammo at 255mm of penetration will struggle against the most heavily armored tanks in the game. The alpha damage of 360 is a little unusual for this tier, but it feels really good in practice. You can out trade tanks that boast 240 alpha without the hit to the damager per minute (DPM) that most higher alpha tanks suffer. The DPM is very competitive at 2117 base value before taking into account crew training, equipment, and consumables. This puts it just  behind the Caernarvon and the Caernarvon AX which have the highest DPM of tier 8 heavies. The gun depression at -10 degrees also exceeds the T110E5’s -8 degrees, lending the Renegade to be a bit more suited to ridgeline fighting, while also helping to hide its commander’s hatch.​ 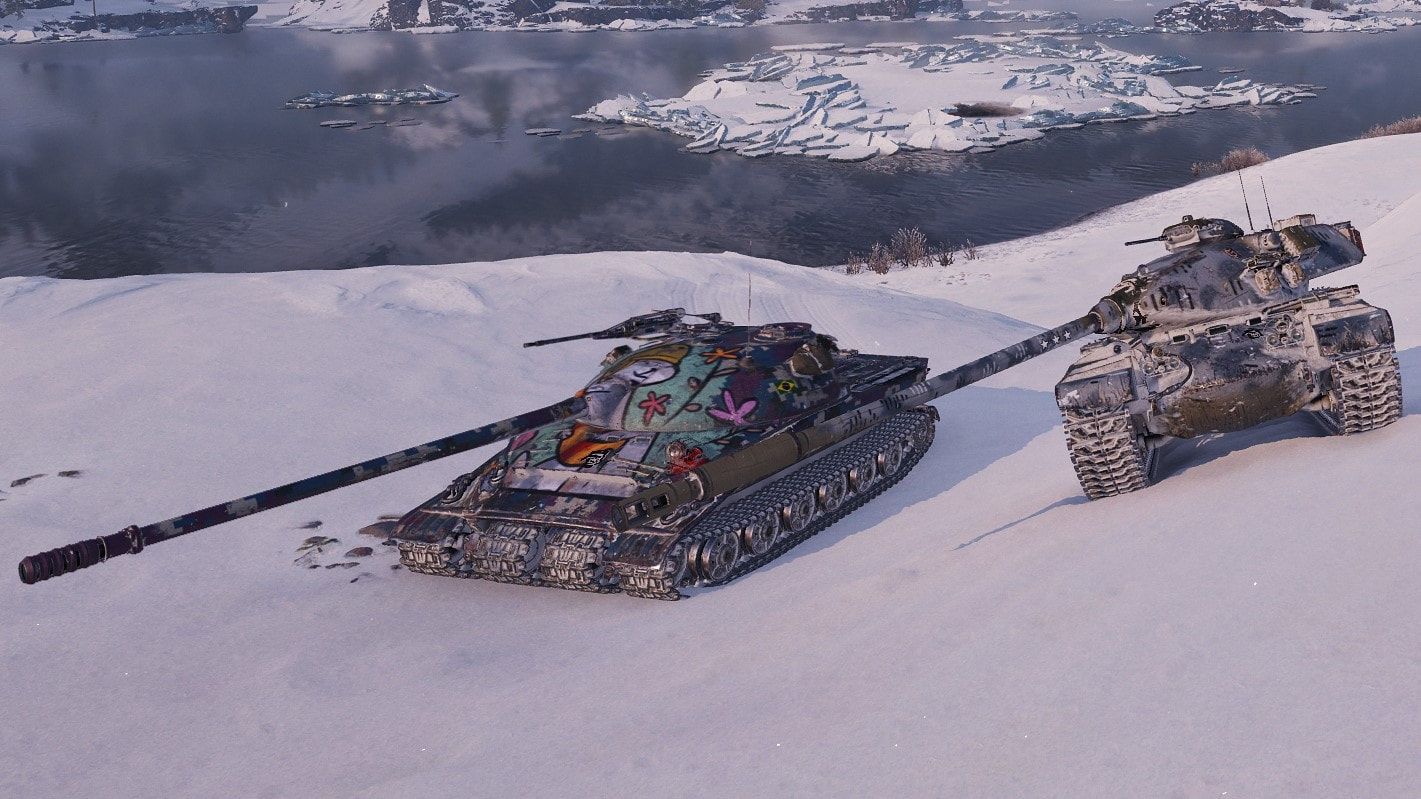 My ally must be trying to make the Obj 279(e) appear less intimidating
Mobility
The mobility is where the Renegade begins to depart from its T110E5 brother. As the tier 10 has an average heavy tank mobility - faster than most heavies but slower than the fast ‘heaviums’ - the Renegade can keep up with the best of Tier 8 heavies. The Renegade nearly defines the role of a tier 8 ‘heavium.’ It has a higher top speed and higher power to weight ratio than its russian heavy counterparts the IS3 and IS6. It also surpasses the T26E5 by a 10kph top speed. Its mobility is reeled in a bit by poor terrain resistances - meaning it’ll be slower to maneuver when venturing into medium or soft terrain. I recommend the Off-Road Driving skill on the driver to help counter these values. Sometimes overlooked, but very notable is the fabulous reverse speed at 17kph. Despite the large weak spot on the top of your turret, this great reverse speed means you’ll be able to hide that weak spot relatively quickly after poking for a quick shot. Overall the vehicle will be able to take important heavy tank positions before or at the same time as opposing same tier vehicles. It can generally keep up with slower moving mediums. Which is helpful if you decide to take a flanking maneuver with mediums when bottom tier. It can also chase down some extra damage if you manage to survive to the end of a match. 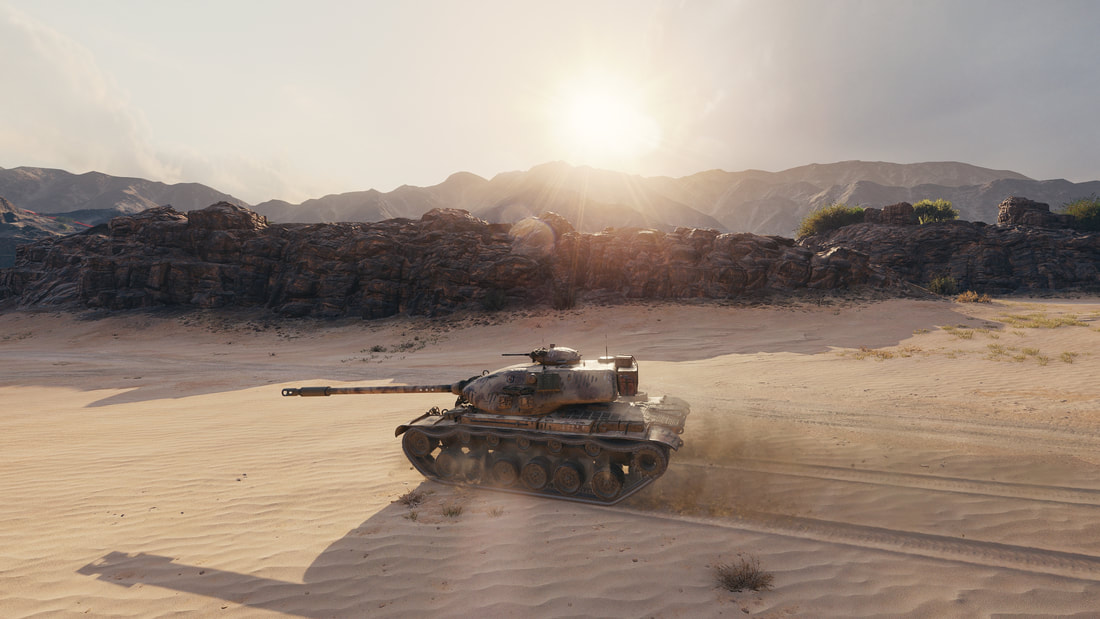 The M54 Renegade definitely has the 'cool' factor

The Renegade is so fun to play the cupola doesn't lower my opinion of the tank, and that's saying a lot.

Survivability
Situated at 1500 hit points (HP) puts the Renegade right in the middle of average for tier 8 heavies. Combined with a weak cupola and lower plate means the Renegade doesn’t have the girth to hold a flank on its own. The frontal weak points may be challenging, but that doesn’t mean the armor is unusable. If you have figured out how to use the T110E5 armor, then you’ll be set up for success on the Renegade. For some tips on using the armor I suggest you read over my T110E5 Triple Moe guide on the Survivability section there. In summary side scraping to the left will hide your cupola and minimize the exposure of our hull armor. You can definitely fight over ridge lines, but I suggest you do your best to keep your cupola hidden or use your gun to try and block shots.

The armor profile leads me to recommend mid range engagements, and to play the role of a support heavy in mid tier match ups, and maybe consider helping the mediums in a bottom tier match up.

Lastly, the view range on this tank is excellent for its tier. At 400m base view range you’ll be outspotting same tier heavies and some same tier mediums. This will definitely help you with assisted damage, and spotting for your own damage. 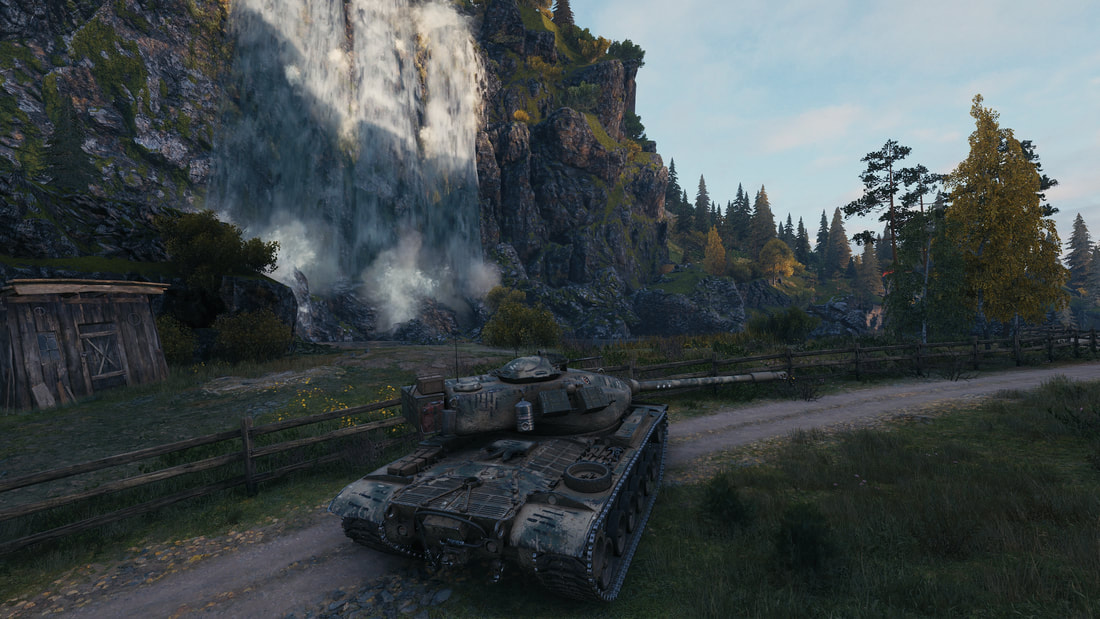 Waterfalls make for good pictures
Playstyle
Putting together all of the previous observations, the Renegade is ideally suited to medium distance engagements. When forced to engage in short range it should be used in a support roll, unless top tier. When top tier you can play pretty aggressively depending on the opposing teams tier 8 heavies. Use as much of your armor as you can, and minimize the exposure of your weak points as much as possible. Make good use of your view range. You should be outspotting same tier heavies, and many same tier mediums. The tank is strong, and its easy to become too confident and reliant on my armor. Your armor will not bail you out of mistakes, don’t go into bad positions expecting your tank will hold up to the punishment.
Credit Making and Crew Training
The credit making potential of the Renegade is similar to that of the T34. The shell cost is roughly the same at a slightly lower alpha (M54: 1,005 | T34 1,060). It won’t compare to the shell cost of the T26E5 (255) as that tank can fire nearly 4 standard shells for the same cost as a single Renegade shell.

Compared to all tier 8 premium American heavy tanks, the Renegade is equally efficient for crew training purposes as the Chrysler K, and better than the T26E5, T34, and M6A2E1. The crew lay out matches both the T57 and the T110E5 which means if you accelerate crew training on the vehicle you won’t be wasting exp to train the extra radio operators that exist on the T26E5 and M6A2E1, or the extra loader and radio operator in the T34.

Is Worth it?
The M54 Renegade is tangible evidence that Wargaming can produce a balanced tank that is also fun to play. Many Community Contributors are loving this tank, and I’m going to try and explain why that is. When you play a tank that has vulnerabilities, you’ll be punished for mistakes. This makes a good match feel so much more rewarding. When you position this tank perfectly in a match, you’ll be rewarded with excellent gun handling, good DPM, and solid Alpha (fun to shoot). You’ll send damage down range, and likely suffer very little. You also have an opporunity to learn to angle armor properly. When using the armor to it's fullest you can block quite a lot of damage, again giving the player feeling of satisfaction knowing they traded well because of their play. The armor profile will not bail you out of major mistakes. You may get lucky, but for the most part you’ll be punished. Most tier 6 tanks will be capable of penetrating your weak spots head-on. Combine it all into a good match and you'll know it was well earned, and this tank is certainly capable of rewarding great play.

In my opinion crew training is less of an issue than it used to be as you can buy crew books (rather in-efficiently) with credits. However If you are looking for a credit making, crew training American heavy, in my opinion the two best tanks for that roll are the T26E5 and the M54 Renegade. The T26E5 is likely more forgiving in its armor profile and possibly more profitable, however I think the M54 Renegade is significantly more fun to play (and better looking). I know many have written off the tank because of the large cupola at the top. The Renegade is so fun to play the cupola doesn't lower my opinion of the tank, and that's saying a lot.

I have 3 marked both the T26E5 and the Renegade. For my money the renegade is more fun to play, and my first choice. I plan to do as many of the marathon missions as I can, and then purchase the tank to add it permanently to my garage.
Want to see some gameplay? Here is my Twitch VoD of my first experience with the vehicle.